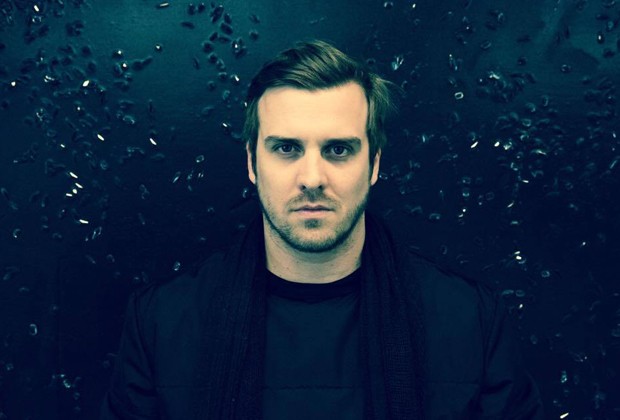 Meanwhile his new song Lordly is becoming a hit all over the world, Feder took some of his time to talk about fashion and other favorites with me.

Rising figure of deep house music internationally, Feder stands amongst the greatests. Number 1 in 21 countries with his first hit Goodbye, Hadrien Federiconi (his real name) carried on his way to success with his song “Blind”. Recently, he released a new song Lordly, which is going to be the official hymn of the 2017 World Cup of Handball.

The thing we do not really know is that Feder is actually a DJ from the South of France. Originally from Biot (near Nice), Hadrien went to college with the so-called Beau Parleur… Does that ring a bell ? 😉 Very proud of Hadrien’s success, I follow his career diligently, but not only ! As far as I can remember, Feder has always been a fashion icon to me. Authentic, Hadrien has always had the audacity to wear bold fashion pieces, surprising and elegant at the same time. And at the time, it had made him the most stylish guy of the entire class !

Even today, the outfits he wears for his DJ sets at music festivals and at the most private parties all over the world, continue to inspire me. So as a true fashion blogger, I met Feder for a little interview about his fashion style and his favorite brands and stores.

Hi Hadrien ! Before we start talking about fashion, I wanted to know in which state of mind are you with the release of your new single Lordly ? Looks like everything is going well for you, right ?
Hi Alex, listen, I am pretty chilled and really happy because the progression of the song is going well. As I’m talking to you, we are number 4 on iTunes France, number 3 in Russia, 36th on Shazam World, and number 8 on Shazam France. So it’s going great actually. I am really glad and I hope Lordly will have as much success as Goodbye, or even more. Especially because it is the official hymn of the 2017 Handball World Cup which will be in January 2017. It is the equivalent of the World Cup of soccer.

The Federation wished for a song full of energy and they came to me when I was about to release the song. They saw that it fitted really well and that Lordly represented truly the dynamism of this sport. I am quite proud because I love that noble part you can find in this sport. The moral values spread by handball relate with the rugby ones. It is the same devotion that we can see on the players eyes on the court. So I am thrilled to be associated with this sport.

You know I always thought you had a great style. About that, how could you define it ?
First, thank you ! It is kind of hard to define : I wear casual clothes but I really like to have a piece of clothing a little street and trendy on me that will stand out of the rest. In my everyday life, I like to wear basics but nice ones. If it is a white t-shirt, I am going to look for one that is well fitted. For a jacket, I am going to go for a nice color, a little something different…

On stage, I am always trying to have a bold piece of clothing which totally stands out with a special color or pattern. I’m really attentive to what I wear on stage to offer something that looks like nothing else. Obviously, sometimes I’ll just wear a black t-shirt because the place, the atmosphere, or the show are not appropriate for this kind of looks. But I like to look for a particular piece that will represent the artist I am.

It is important to take risks. I love that because it is a good compromise to seduce fashion addicts too. I remember that after my appearance on the TV set of the “Petit Journal” with Yann Barthès, I had good returns from people about the Givenchy top I was wearing. It was the same at the Plages Electros in Cannes (you were there too !) where I was wearing a really graphic Dolce & Gabbana t-shirt with a baroque pattern. 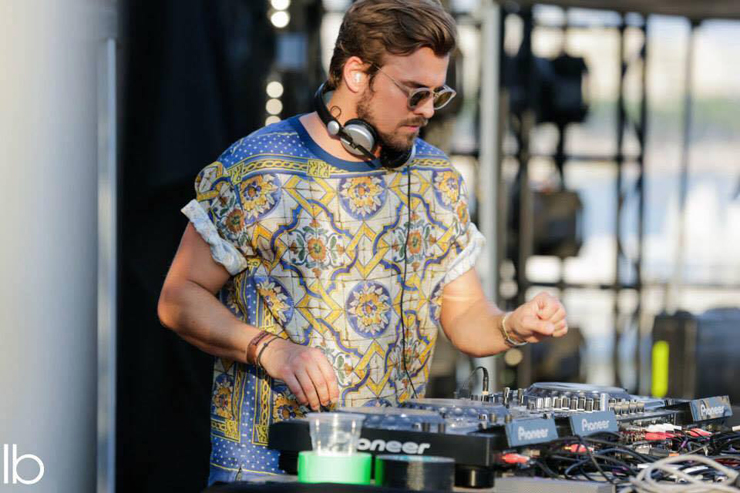 At the moment, I shop pieces from thrift shops for my shootings but I avoid to take too much risks. I want that people can identify to my personal style.

Paris, Nice, Cannes but also London, Ibiza, Hundary, Germany, Canada… You mixed worldwide. According to you, which one of the cities you have visited represents the most the world of fashion ?
It’s kind of funny but between Paris and London, I will tend to choose London over Paris because I love the color of this city. Londoners suffer from bad weather but they fight it with some color. In Paris, People are going to be more elegant than in London but with duller colors. As a result, Parisians do not fight the weather even if it is pretty much the same. At the time I was living in London, I was surprised about that and I loved it.

I really love colors. Lately, I have bought a vintage sweatshirt from Adidas, it was full of colors and with a lot of patterns. Those are the first sweatshirts from Adidas with striking colors. There is a little something about it that is really trendy and oversize, and I love it. 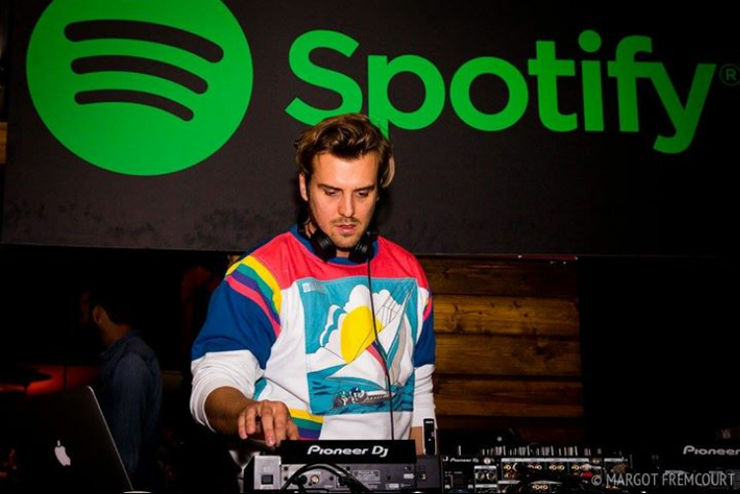 We are going to talk about your favorites if it is okay with you… What brands are you really fond of ?
Undoubtedly, Wooyoungmi that I love. I am also a fan of Cos and I really like Acne, Philip Lim, Edition MDR (known as Melindagloss before), APC… Oh and there is also Y-3 that I love !

Is there a fashion store that you prefer and where you go regularly ?
In Paris, I go regularly to The Broken Arm. The owner is passionate about sneakers and his concept is to combine hype clothes with really technical running shoes. He is going to take a Givenchy or a big Lemaire or Marni piece… And then match it with sneakers. You will be able to find the hypest sneakers, some really technical piece of running, then assemble with really trendy clothes. If I have to sum it up, it is really all about the mix of the trendy clothes and the technical sport shoes.

And because I am from the region, I will say Impact Shop, a store in Nice. They offer multiple brands as La Panoplie, Nation Standard, Homocore,… All those brands speak to me. Plus they have a big sneakers culture with really nice pieces to find.

What is the next fashion piece you plan to buy ?
Hard to say. There is a Givenchy shirt with a blue and red tartan that just came out, and I really like it. That is not the most original thing you can find, but in the winter I like to wear tartan.

Then for accessorizes, I am going to buy a leather piece from the brand Smythson soon. It is the top of British elegance and actually a designer brand of the royalty now became public. They decided to open stores and it is really classy and subtle. There is also a lot of colors which is a real change if you compare it to traditional Vuitton pieces or others that you can already see everywhere.

When it comes to the choice of your clothes, do you tend to follow new trends or only listen to your heart ?
I really listen to my heart, at least I rather buy something because I have a crush on it than because of new trends. But some new trends can also be a real favorite for me of course ! 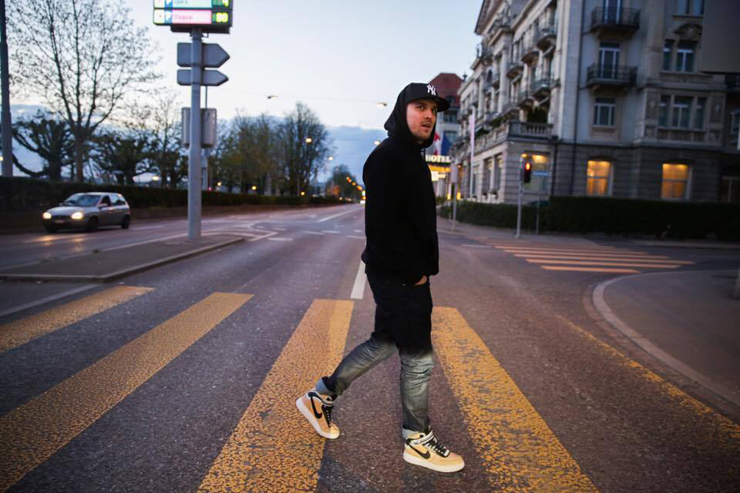 I know you are preparing some really good things coming out soon. Could you say a little bit more about it ?
There is a new song which I will release before the end of this year. You can also expect the release of a vinyl record with songs and remix. And the album will come out in 2017.

Thank you Hadrien for taking some of your time to answer my questions. I am sure that it will inspire a lot of the readers of Beau Parleur.

Guys, downloading the last song of Feder “Lordly” will obviously get you hooked. And that is something ! See you on iTunes.

Special Thanks to my friends, Chestnut and Peonies and @alizee_p for the translation. 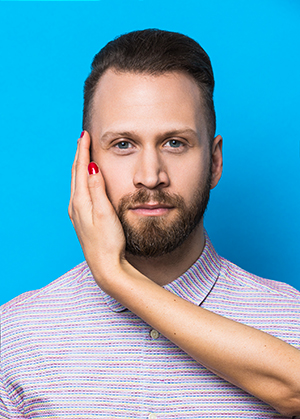 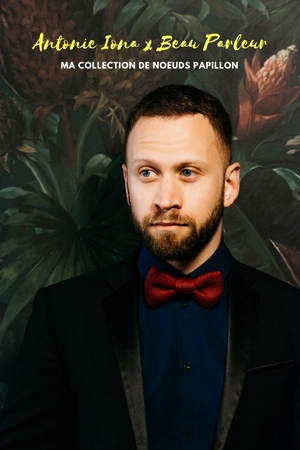